Ride Aboard A Luxury Train 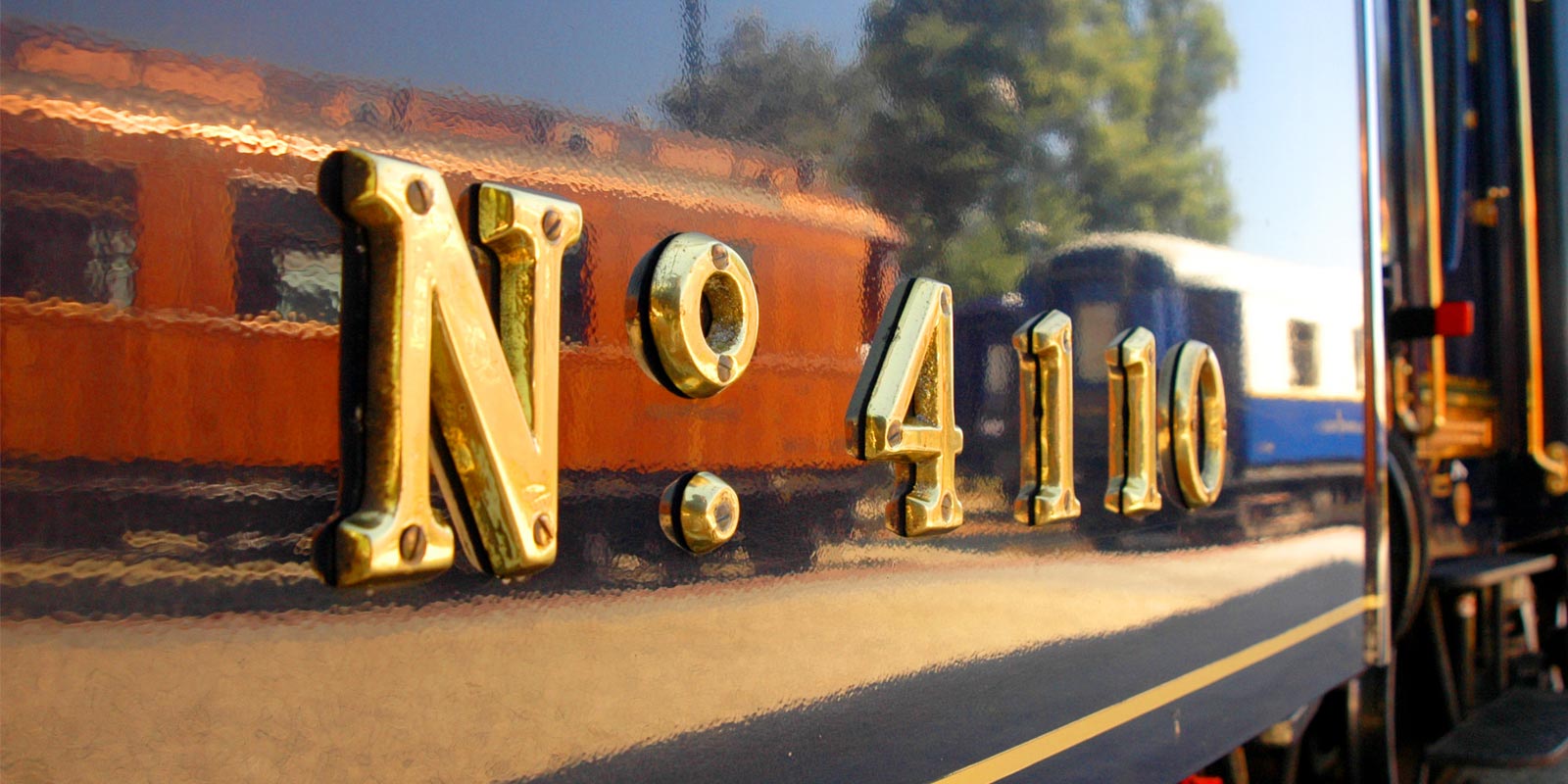 Everything you need to know about riding the Orient Express

The Orient Express, the most famous train in the world after its many appearances in murder mystery novels, movies and dreams of many people all over the world. We are often asked ‘can you ride the Orient Express’ and the answer may be somewhat more surprising than you first think.

The term ‘Orient Express’ is used quite loosely these days. Many describe a particular style of train as an ‘Orient Express train’ or perhaps simply aren’t aware what the Orient Express is, what it used to mean and what it means today.

What is the Orient Express?

First let’s define exactly what the Orient Express actually is. The train in question was first founded in 1883 and was originally called the ‘Express d’Orient’. Its original route ran from Paris to Romania via Munich and Vienna.

In 1891, the train was renamed the ‘Orient Express’ and the name has stuck ever since.

By the 1930s, the popularity of train travel across Europe was at its peak, otherwise known as ‘The Golden Age of Travel’. With demand for luxurious long-distance journeys at an all-time high, the Orient Express branched off into variations of different journeys.

There was more than one Orient Express

As popularity of long-haul luxury journeys grew throughout the 1920s and 1930s, the term ‘Orient Express’ was also used to describe the various services that were running at the time. The Orient Express was now accompanied by several sister trains that also had ‘Orient Express’ in the name.

The original train that left Paris to various destinations, most notably Istanbul.

A second service that left Paris and headed south through the Simplon Tunnel and on to destinations including Istanbul. The Simplon Orient Express ran until 1962 where it was replaced by a slower service called the ‘Direct Orient Express’.

A service that ran via Zurich and Innsbruck to Budapest and on to Bucharest and Athens. In 1962 the train loses its sleepers and becomes just the ‘Alberg Express’. The service continued to run until the mid 1990s where it loses it name and continues to run until 2007.

When did the Orient Express stop running?

The ‘original’ Orient Express continued to run a regular service until 2009. This train is defined as ‘original’ as it continued to haul carriages first used when the service began in 1883.

That said, this answer is only truly half answered correctly as you will later find out...

There is not a true Orient Express any more

There isn’t and will never a be an ‘original’ Orient Express. The Orient Express was a service and not a particular train. While there are trains with the name ‘Orient Express’, each would have used different carriages throughout their lifetime as carriages were upgraded and journeys altered.

Between 1883 and 2009, the Orient Express and it’s variations used many different types of carriages such as LX-Type, S-Type and Z-Type, all with their own unique styles and purposes. With a wide range of journeys and as routes changed, the requirement of the train also changed.

Ultimately there never was and never will be a definitive ‘original’ version of the Orient Express.

Who owns the Orient Express?

The ‘modern day’ Orient Express luxury train is made up of seven fully-restored carriages, all originating from the late 1920s. Each of the carriages has their own rich history and their own unique interior.

The seven carriages of the modern-original Orient Express include:

A carriage from 1927 with a warm, elegant interior.

‍An original carriage from the Simplon-Orient-Express built in 1925.

‍A dining car built in 1927 and also a part of the Simplon-Orient-Express.

‍Built in 1927 and used on the Orient Express.

While not the full-original, the modern-day Orient Express is the most authentic one can get to riding the legendary train. Using carriages that were used in the original services, including that of the sister Simplon-Orient-Express, the Orient Express as it stands today is a faithful representation of the train that ran over 140 years ago.

The modern-day Orient Express has brought the legendary train to life. While the carriages have been restored, they have been done so with craftsmanship and care ensuring every detail is as close to the original as possible.

You can ride the Orient Express

The modern-original Orient Express does not run a regular service. Sadly one cannot simply book a journey on the train like you can with many of our current luxury train journey offerings.

In order to ride the modern-original Orient Express, one must charter a journey themselves. This means hiring the entire train and working with the owners to establish a route. While this may not be possible for everyone, it does make an extremely special setting for a unique event or celebration.

The Orient Express today is marketed as the ultimate in luxury travel and offers tailor-made, private trips. Those wishing to charter the train can choose a destination and design their own itinerary, making any journey onboard highly exclusive.

As such a unique train, the Orient Express also lends itself to filming and photoshoots. Production companies can hire the train as a film set or for fashion shoots. With seven uniquer carriages each with beautiful Art Deco style décor, one can imaging the Orient Express makes an impressive location indeed!

One may be slightly disappointed to learn that the Orient Express may not exist in its original form and the closest iteration of the legendary train is far out of reach for most. For many, the original Orient Express at least remains a dream that is further fuelled by novels and films that use the train as a truly remarkable backdrop.

All that being said, while we may not be able to offer you the original Orient Express, LuxuryTrainTickets.com has a wide offering of luxury trains available to ride today. From day trips across the UK to sleeper journeys across Europe, one can live their dream of riding such a train.

Many of the trains we offer are from the 1920s or 1930s and have been beautifully restored. Offering the same experience with ornate décor, steward service and silver service, as well as talented chefs on board creating exquisite cuisine, a journey onboard one of our trains is perhaps the closest one can get to riding the closest thing to the Orient Express.