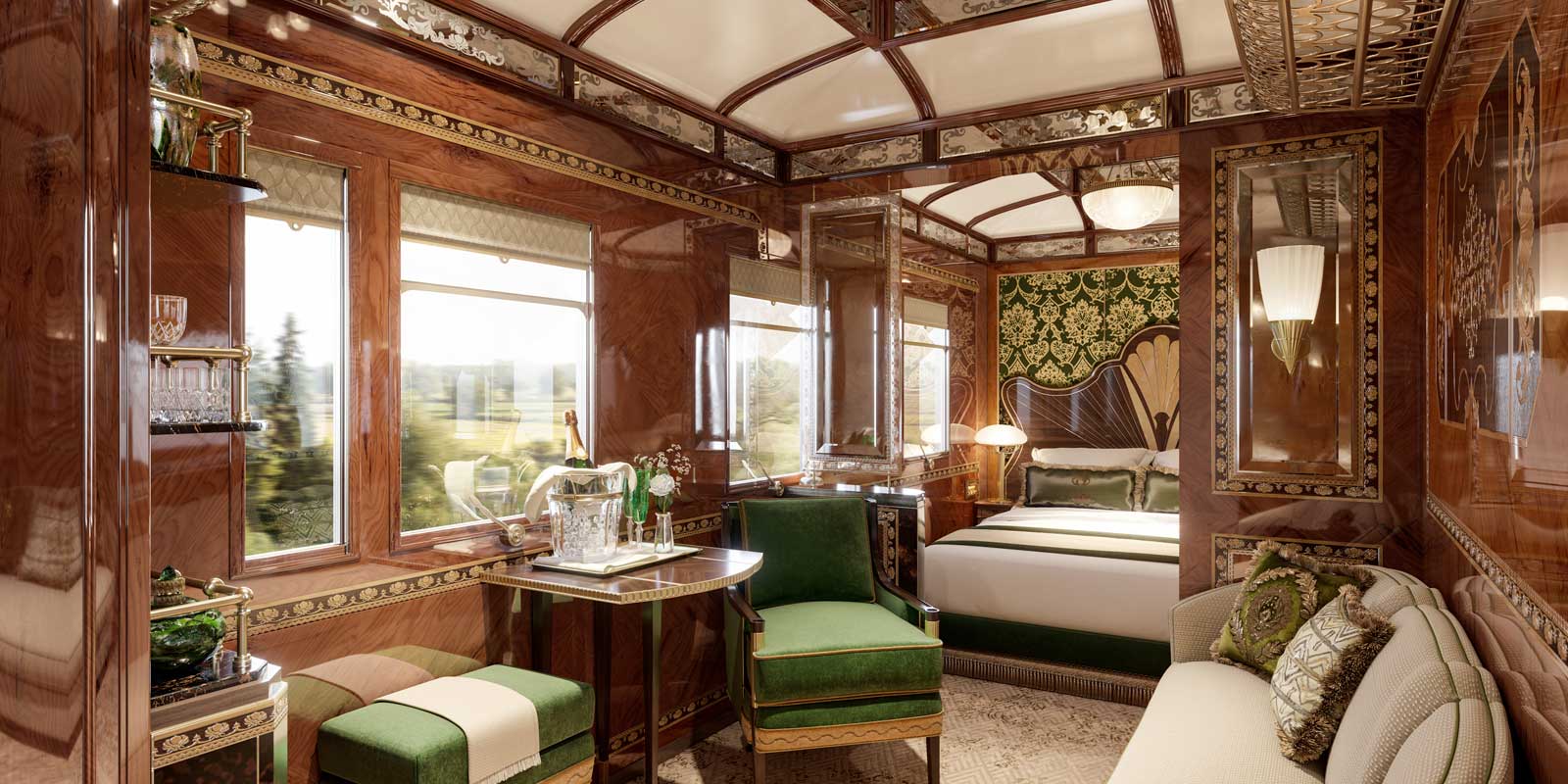 Named after locations which the Venice Simplon Orient Express visits, Vienna, Budapest and Prague are available in a separate carriage alongside their Paris, Venice and Istanbul counterparts. Like the existing suites, the latest additions all feature their own unique detailing, layout and style meaning no two are alike.

The three new suites will be available to book with any Venice Simplon Orient Express journey. Sitting above the mid-range Cabin Suites and entry-level Twin Cabins, the Grand Suites are the epitome of luxury accommodation that rival even the most glamorous of hotel suites. Larger than another other cabin style with their own private en-suites and enough room for a sleeping and sitting area, these are the crown jewel of the train.

The Venice Simplon Orient Express is one of the most famous and luxurious trains in the world. Dating back to the Golden Age of Travel during the 1920s, the VSOE ran alongside the original Orient Express. Offering a wealth of luxury to those who wished to explore Europe, the Orient Express route differed from the VSOE which headed south to Venice via the Simplon Tunnel.

The three new Grand Suites have been placed in the oldest carriage dating back to 1926, meaning those lucky enough to spend the night in their brand new Grand Suite will also be sleeping in a carriage of historic significance.

Made up of 17 beautifully restored and original carriages from the 1920s and 1930s, each with their own unique decor and history, it is easy to see why so many are drawn to the Venice Simplon Orient Express. Each of its carriages played a part in pioneering the way for international luxury travel in the most stylish way possible and today passengers are experiencing the same once-in-a-lifetime journey as those that travelled almost 100 years ago.

As keen as we are to see the beauty that beholds within each of the three unique Grand Suites, we will need to wait a little longer to see images of all the suites. Planned to be occupied for the 2021 season beginning in March, the design of the Grand Suites has been a closely guarded secret and no one working outside this particular carriage knows exactly what to expect.

Needless to say, as soon as we have access to images or videos of these beautiful new cabins, we will be sure to let you know.

*Image used is of the Vienna Suite.