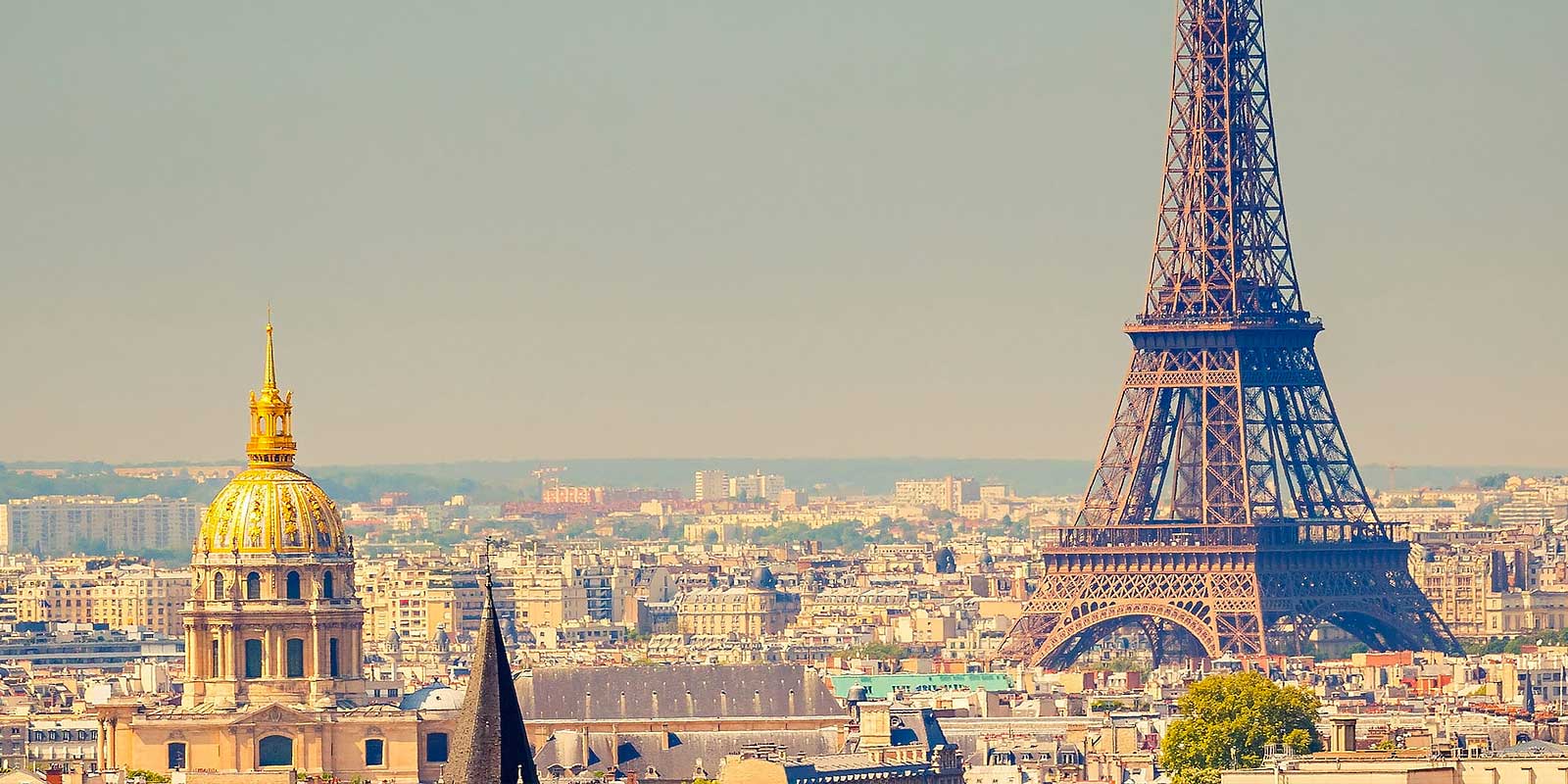 What makes this highly exclusive journey so sought after?

The Paris to Istanbul journey onboard the Venice Simplon-Orient-Express is easily one of our most exclusive luxury train journeys. Following the original Orient Express route, this journey takes passengers on a five-night voyage of Europe in unrivalled levels of luxury and promises to be a truly once-in-a-lifetime journey.

But what makes it so special? Here at LuxuryTrainTickets.com we offer hundreds, if not thousands of different journeys all of the world, from England, Scotland, Ireland, Southeast Asia and of course Europe, but some of the journeys we offer last much longer, some as long as seven nights. Some of the other trains we offer include extras such as an on-board spa or viewing car that the Venice Simplon-Orient-Express doesn’t have.

We’re going to explore what exactly makes the Paris to Istanbul luxury train journey so special and makes it one of our most asked-after and easily one of our most expensive journeys in the calendar. We’ll take a look at the history of the route and why the original stopped serving, the exclusivity of the journey and what exactly is included. Plus, we’ll examine the carriages, the food and exactly what is included in the price of a ticket. After reading, it’s likely you’re going to want to take a trip as well!

The route of the original Orient Express

During the Golden Age of Travel in the 1920’s and 1930’s, luxury train travel was becoming more and more popular, travelling further than ever before and becoming more lavish and luxurious. While there were a number of luxury trains that transversed Europe, there was one in particular that is more famous than any other train in the world; the Orient Express.

What makes the Paris to Istanbul journey so special, is the original Orient Express followed this route, which became later became the journey the train was most famous for. Departing in Paris, the Orient Express would wind through Europe over the course of about a week, taking passengers through Strasbourg, Munich, Vienna, Budapest, Bucharest and finally arriving in Istanbul.

The route did change slightly during the years; originally from 1883 until 1889 including a connection over the Black Sea, but this was later revised. While there were some gaps in the train’s history where it didn’t run the route at all, this was easily one of the longest and most luxurious train journeys available in the world.

Unfortunately in 1977 after some ownership changes and various updates to its routes, the Orient Express retired. We are often asked about the original Orient Express, however while it’s memory lives on (as well as its sister trains), the original is no longer in service and cannot be travelled on.

As mentioned however, her sister train is still very much in service and has taken the baton as one of the most luxurious trains in the world.

Running at the same time as the original, the Venice Simplon-Orient-Express took a slightly different route, heading south through the Simplon tunnel as it made its way to Venice (hence the train’s name). This was the main journey this train took and while not as long, it was still very much just as luxurious.

After a brief retirement, the Venice Simplon-Orient-Express has been brought back into service and offers many journeys across Europe to major cities such as Paris, Venice, Vienna, London as well as many more. The VSOE runs all year round and offers an authentic insight as to what life was like during the Golden Age of Travel.

Being of the same era as her sister train, the VSOE offers the same lavish, art-deco style décor, the same levels of luxury and style and the same life-changing journeys. The only difference being the actual carriages themselves.

Now taking over where the original left off, the Venice Simplon-Orient-Express takes the same, historic and highly sought-after journey, re-tracing the same route the most famous train ever once travelled. This truly is the closest you will ever be able to get to riding the original Orient Express on the original, most-famous route.

Just one journey per year

Aside from the historic notions, the distance and the levels of luxury, the demand for this journey comes from it’s rarity. This particular Paris to Istanbul journey runs just once per year. The VSOE does retrace her steps and returns taking the journey in reverse, but that too is a once-per-year rarity.

Usually departing around the end of Summer in late July or August, the atmosphere for the journey is perfect. Travelling through multiple countries, the weather is not too hot nor too cold and offers some of the best possible views from your window as you witness the landscape change over time from rolling hills to rain forest to snow-capped mountains.

As well as only running this journey once per year, there is also the matter of the limited number of cabins. Being a sleeper journey, there are only so many cabins available, each only sleeping up to two adults. The most luxurious cabins available are the Grand Suites of which there are only three available. While these do command a premium, it’s easy to see why; they offer unrivalled levels of space and finish that is simply not comparable by any standard.

The ticket price may seem high, but everything is included throughout your travels. Much like all of our journeys, the ticket includes everything outlined in your itinerary, and the itinerary for this journey is by far one of the most generous. Every meal, excursion and usually in most cases an open bar are all included throughout the duration of your journey, and since this journey lasts five nights, that’s a lot included for the price.

First and most notably is your own private cabin. You are free to use this as you wish throughout the journey using it as a private paradise during the day and a sumptuous sanctuary during the night. Everything you could need is at the push of a button because as standard, the journey includes 24 hour steward service who are more than happy to attend to your every need. Need a new towel or a top-up of your favourite beverage? Nothing is too much trouble.

But not every night will be spent on board, during some legs of your journey, you will depart the train and head off on private tours and excursions before spending the night in a luxurious hotel. Much like your cabins, you will have your own private room and all services and meals are included journey the duration of your stay. Each night you will effectively be sleeping in a different country.

Then there’s the food; all prepared fresh on board by some exceptionally talented chefs, working in the kitchen car preparing some of the finest food you will ever experience. All meals are multiple-courses and use the finest and freshest ingredients available. All dietary requirements are catered for as well and no drink is too much trouble to make. If you ave a favourite cocktail, watch the bar staff create it for you in front of your eyes, otherwise ask for their recommendations and they’ll take you on a culinary adventure like no other.

A grand tour of Europe

Another notable reason why this journey is so sought after is simply down to the journey itself. Beginning in Paris you’ll travel through:

This can only be described as a ‘cruise on land’ where by you experience multiple countries during the course of a single journey. The first day is yours to relax on board and settle in to your cabin before the first feast of the journey. During the second day of your voyage, you’ll spend some time in Budapest and stay in one of the aforementioned luxurious hotels, followed by a private guided tour of the city the next day.

The third night is spent on board where you’ll wake in Bucharest. Arriving in the mountain town of Sinaia, you’ll be treated to a visit of Peles Castle and later that day another tour before transferring to yet another luxury hotel.

The fifth day takes you to Bulgaria where en-route you’ll be able to stop for some exceptional views of the Black Sea in Varna before you spend your final night on board. Awake the next day to spend some last leisure time on board before arriving at Istanbul.

It’s important to remember all this is included in the price of your ticket. Everything is organised for you, so all you have to do is sit back and enjoy the journey as you are treated to exceptional views, incredible food and an experience you will be telling stories about for years to come.

Guests of this particular journey only tend to travel it once, because one is all you need. After this any other holiday, journey or experience you’ll be forever comparing to your time onboard the Venice Simplon-Orient-Express where you travelled the original and most famous route in the world.

No other journey offers quote the same fusion of luxury and adventure as this one as you experience multiple countries in the most convenient way possible. Your every need is always being met and nothing is ever too much trouble.

To answer our original question; ‘What makes this highly exclusive journey so sought after?’ the answer is there is truly nothing else like it. This journey is unique in every possible way and there is no other way in the world you’ll be able to experience the same authenticity, luxury and adventure in the same amount of time as it takes to travel this journey.

Travelling just once per year, you’ll be joining fellow passengers as you all experience a journey of a lifetime. You’ll be unified in your quest to seek adventure and the very finest that luxury travel has to offer. Being treated to fine cuisine and private tours, your journey will be unforgettable in every way imaginable.

Aside from the experience, it’s the stories you will come home with, ready to share with friends and family. With just one journey per year and a limited number of passengers on board, there are very few people in the world who will have taken the same journey as you and therefore very few will have similar stories to tell.

So the most storied luxury train route in the world effectively becomes a story of your own, and surely there is very little else comparable where you experience for yourself one of the most storied journeys ever to be told.

Explore the Paris to Istanbul journey

Please click here to find out more about the journey and to view the full itinerary as well as availability and pricing.